Nigerians have disagreed with the Inspector General of Police (IGP), Muhammed Adamu over his directive to ban personnel of Tactical Squad from performing certain low-risk operations including mounting road blocks, stop and search duties etc.

Following a sustained campaign against the brutality of the FSARS on Twitter, Nigerians called for a total disbandment of the Squad and initiation of a genuine restructuring of the Police Force. 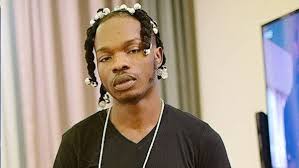 In a swift response to the ban, Nigerians quickly reminded the IGP that he and his predecessors had issued such statements banning FSARS from same duties since 2017 without any adherence to the order by the affected personnel.

While Nigerians have again taken to the social media to vent their anger, prominent voices in the entertainment industry had joined in the protest. Azeez Fashola also known as Nairamarley tweeted that Nigerians need to start protesting in real life and not just on Tweeter.

“All I’m saying is we need to stop protesting on twitter because that’s all we’ve been doing. We need to protest in real life, just say u’re scared and you will rather tweet from home,” he said on Sunday.

Omoyele Sowore, publisher of Sahara Reporters and a former Presidential candidate responded to Fashola expressing delight at his decision to hit the streets in protest. “#Revolutionnow movement doesn’t protest on twitter. We put our boots on the ground. On #October1stProtest, our fighters took over the streets globally. It is encouraging to hear you are ready for direct action.”

Another artist, Ayodeji Balogun also called Wizkid took on President Muhammadu Buhari and Lagos state governor, Babajide Sanwo-Olu in series of tweets to protest the brutality of the FSARS against Nigerian youths. 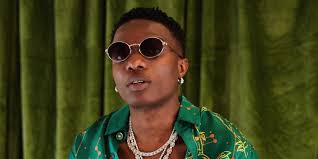 Ayodeji said in response to a tweet from the Lagos State governor: “Mr. Governor! I met with you December 2019! You expressed how proud you are of the entertainment industry and all we do. Please do something lets be proud of you too abeg!”

In response to a tweet from President Buhari wishing United States President, Donald Trump, “quick and full recovery from Covid-19” he said: “ Donald Trump is not your business! Old man! Police/Sarz still killing Nigerian youth on a daily! Do something! Nothing concern u for America! Face your country!”

Popular evangelist, Apostle Johnson Suleman also lent his voice to end the brutality against Nigerian youths. “ SARS should be proscribed.. they are a disgrace to the police force…they are ‘worst’ than the criminals they claim to be against.. their (sic) trigger-happy nature have rendered mothers childless, sent youths on premature extinction, wasted destinies, they will reap what they sow.” 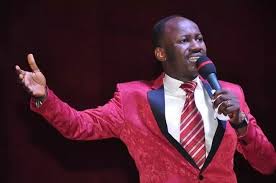 He blamed Nigerian leaders: “The old have failed in leadership …now the youths are been killed by SARS and their salaries are paid by these same failed old leaders.. so indirectly, the old are killing the young.”

Former aide to President Goodluck Jonathan and motivational speaker, Reno Omokri also called for a total end to SARS. “ Wake up from your slumber. Nigerians voted 900 million times for #BBNaija. Come on! We can vote 1 billion timed for #EndSARS. Don’t be fooled by General Buhari’s gimmick of banning them from patrols. It wont work. We are not saying REFORM SARS. We are saying DEFORM SARS FOREVER.”

By Muhammed Gado/Abuja Philanthropist and former world’s richest man, Bill Gates will be visiting Nairobi Kenya to meet with the scientific community, farmers and university students. The visit will also include the leadership of the Bill & Melinda Gates...

By Taiwo Ajala There is a tsunami currently going on at Meta , the parent company of Facebook, as the company’s chief executive, Mark Zukerberg announced the laying off of more than 11,000 of its employees, representing about 13...

Some dreams do end, says  Enock Mwepu as he retires  over hereditary heart condition

By Adeyemi Olusoga “ Some dreams do end,” Enock Mwepu was saying in a post he made on Facebook as he announced his retirement from football. Mwepu’s story is a legend of sorts. Born in a little Zambian township...

This site uses Akismet to reduce spam. Learn how your comment data is processed.